A letter jacket is a baseball-styled jacket traditionally worn by high school and college students in the United States to represent school and team pride as well as to display personal awards earned in athletics, academics or activities. Letterman jackets or “Varsity jackets” trace their origins to letter sweaters, first introduced by the Harvard University baseball team in 1865. The letter was usually quite large and centered (if the sweater was a pullover); stripes on one sleeve designated the number of letters won, with a star indicating a team captain. The term comes from the practice of awarding each such participant a cloth “letter”, which is usually the school’s initial or initials, for placement on a “letter sweater” or “letter jacket” intended for the display of such an award. Source 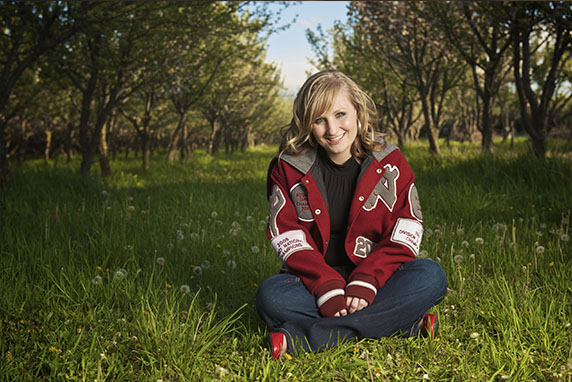